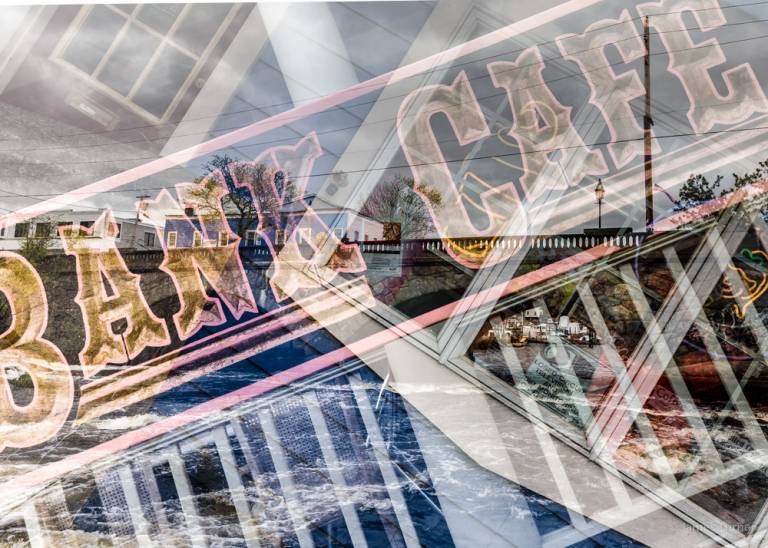 About a month ago I developed an interest in "in-camera " double exposure images. Trying to recall now what was it that spurred this interest, whether it was an image I saw or a conversation, in either case, I have no recall. My camera, Canon 5D - Mark IV, has several settings for in-camera double exposures. Sitting down with the manual I read and re-read the … END_OF_DOCUMENT_TOKEN_TO_BE_REPLACED 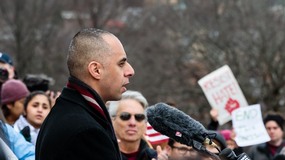 Saturday January 28th, is the day Donald Trump unexpectedly signed an executive order stopping immigrants, from seven predominantly Muslim countries, from entering the United States for at least 120 days, and all Syrian refugees indefinitely.  This course of action led to numerous protests at airports, where people were being detained throughout this country. Resist Hate … END_OF_DOCUMENT_TOKEN_TO_BE_REPLACED 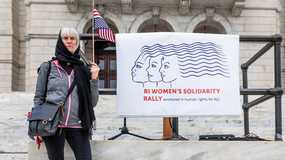 On Saturday January 21st, 2017 a "sister rally" coinciding with the Women's March in Washington, DC, took place at the steps to the RI State House. I have been photographing in Providence for the past six months, both street photography as well as photographing events such as the Gay Parade, PVD Fest and now the Woman's Demonstration. I arrived early around 11am. Event … END_OF_DOCUMENT_TOKEN_TO_BE_REPLACED

Three years ago while with a friend at Allen's Pond, Westport Massachusetts we were photographing sanderlings as they fed and flew in group style on one on the nearby tidal areas. On our way out, just before we got to our car I spotted a blue bird in a tree and was awed by its presence. This was the first time I put eyes on one of these beauties. Well, that started the ongoing … END_OF_DOCUMENT_TOKEN_TO_BE_REPLACED

“Be yourself. I much prefer seeing something, even it is clumsy, that doesn’t look like somebody else’s work.” – William Klein

Just published a photographic book on Providence. Great collection of photographs, $30. Get your copy today.

No part of this site, including photographs and written content may be used for any purposes without prior written permission from the copyright holder, James S. Turner.